$179
to the product
$155
The shipping costs are calculated on the checkout page.
In stock
In stock

The third generation of the Scarlett 2i2

The Focusrite Scarlett 2i2, now in its third edition, is a high-quality compact USB audio interface for Mac and PC. It features two combined XLR/jack inputs for connecting microphones as well as synthesizers or other line-level audio sources and two balanced outputs for monitoring. The 2i2 is equipped with two high-grade Scarlett microphone preamps with switchable 48V phantom power, as well as the brand-new Air Mode. Electric guitars and basses can also be plugged in directly, as the input impedance of the front sockets can be set to Hi-Z. The Scarlett 2i2 also looks great and is very attractively priced. An audio interface provides a connection between a computer and various external devices. The computer in turn requires special software in order to process the incoming signals. Focusrite offers a selection of software you can use to get started, including the digital audio workstations (DAWs) Ableton Live Lite and ProTools Artist, and a three-month subscription to Splice Sounds. Focusrite’s Hitmaker Expansion software bundle is also included. 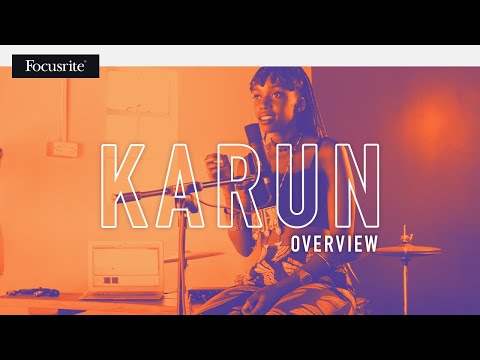 Love is in the "Air"

Focusrite’s outstanding reputation for building high-quality mic preamps has been established for over three decades now, and much of this expertise has been included in the third generation of Scarlett interfaces via the brand-new integrated Air Mode, which when selected opens up and brightens the high end in a way that is intended to emulate their classic ISA preamps – or, as the British manufacturer puts it, to provide “unique high-end detail for vocals and acoustic guitar”. Decades of experience really do speak for quality in this case, and the AD/DA converters provide optimum clarity and detail with a maximum bit depth of 24 bits and frequency rates of up to 192kHz.

The Focusrite Scarlett 2i2 is a compact desktop interface and is therefore particularly suited to home and bedroom studios. It is USB-powered and sturdily built, yet lightweight and portable. The flexible and versatile inputs, coupled with the two outputs (ideal for active monitors), should be fit for any purpose. Unlike the larger members of the Scarlett series, the 2i2 lacks MIDI connectivity. This should not pose too much of a problem, however, since most modern keyboards feature a USB interface as standard and can thus be connected directly to the computer.

Founded in 1985 by Rupert Neve, Focusrite quickly made a name for itself with high-quality analogue consoles. Today, the company markets audio interfaces, mic preamps, consoles, analogue EQs, and channel strips as well as hardware and software for digital audio processing. The company is based in High Wycombe, England, and has won numerous industry awards. In addition to the Focusrite Pro line, the company also has subsidiaries that include Adam Audio, Novation, and iOS app creator Ampify Music.

Get started right away

The newly designed “gain halos” (the red and green LED rings around the gain controls on the front panel) are intended to make it easier to adjust gain settings, so that budding producers can start recording immediately after buying the interface. To make things simpler still, Focusrite has included a “Quick Start Tool” and put together an impressive and comprehensive package of free software, some in the box and some available for download, which includes Ableton Live Lite, Pro Tools Artist, Focusrite Red Plugin Suite, Softube Time and Tone Bundle, a three-month subscription to Splice Sounds, and a software tool of four XLN Audio Addictive Keys of your choice.

The Hitmaker Expansion contains software tools for further enhancing your music productions: Guitar sounds with Softube Marshall Silver Jubilee 2555, tuning options for vocals with Antares Auto-Tune, reverb effects with Relab's LX480 Essentials, the XLN Audio® Addictive Drums 2: Studio Rock kit, and a choice of one of four instruments from XLN Audio Addictive Keys. Additionally, an EQ and compressor are offered with the Focusrite Red Plug-in Suite, a full channel strip offering an EQ, de-esser, compressor, limiter, gate, and expander with Bx_console Focusrite SC, and finally, two months with the Landr Studio mastering tools with five free masters to add the finishing touch to your projects. With the Hitmaker Expansion, you get both the interface and a selection of tools, so you have all the software you need to get started.

The third generation of Scarlett interfaces comprises the Solo, 2i2, 4i4, 8i6, 18i8, and 18i20 as well as two bundles, the Solo Studio and 2i2 Studio, each of which includes a microphone and headphones. The abbreviations 2i2, 4i4, etc. specify the number of inputs and outputs. In other words, “2i2” stands for two (i)nputs and two outputs, and 4i4 accordingly stands for four (i)nputs and four outputs. The “Solo” bends the rules in this respect, since it actually features two inputs and two outputs – the name instead suggests that it is intended for solo artists or singer/songwriters.

bt
About linuxsupport born to be root 20.04.2020
I bought this device because its predecessor had a pretty good reputation in the linux world. While the 2i2 2nd Gen seemes to have worked right out of the box under linux operating systems, this is no longer the case with the 3rd generation. One can get it working, though.

The problem is that the 2i2 3rd gen ships in mass storage mode. So when you plug it into your computer the first time, it appears like a usb drive and is not usable as a soundcard. It needs to be set into its operational mode before you can actually use it, which is done using Focusrite's control software. But sadly the software is only available for windows and mac. So I had to go to my parents place, plug my scarlett into their old windows pc and download the necessary software from Focusrite, which then performed a firmware update on the device and set it into "sound card mode". After the firmware update the scarlett worked without further configuration on my Arch Linux laptop.

I don't know if there are other ways to set the device into operation mode, so if you don't have access to a windows or mac computer, I would advise against buying this audio interface.

Although, when you got it working, it seems to be a pretty good audio interface and i had no problems so far. Nice sound, very low background noise, good latencies, and I like the direct monitoring feature. I really don't need the 'Air' feature, but that might just be a matter of taste.
quality
features
handling
sound
69
4
Report

M
Easy to use - works with iPad - sounds great Martz 07.02.2022
As a beginner in the studio (but not with music), I needed a simple to use 2-channel interface that I could use for electric bass, electric guitar, mic’d classical guitar and vocals. This does it all and translates into a clean (very low noise) recording. IOS has so many really great value recording apps that it was also really important to me that it worked with my ipad. It did - no problems at all. Very happy and don’t feel like I need an upgrade.
quality
features
handling
sound
2
0
Report

v
Massive issues with sound vvv88 04.12.2022
This device has an annoying issues with sound. Permanent cracks, clicks and other noises while playing guitar if you have some other source of sound such as backing track. And it has problems not only with using its mic and guitar interfaces but with just common use cases such as watching Youtube and playing games. After a short period of time the sound starts to double itself and lag behind the video. If I switch to another audio interface that problem disappears but after switching back to Scarlett it pops up again. I've tried all sample rate and buffer size combinations, reinstall audio drivers and other advices from the Internet but there is no difference, the problem remains the same.
I had a Scarlett solo 2nd gen and it had the similar issue with cracks but that problem was solved just by plugging it in the USB 3.0 interface. But guess what? This new 3rd gen does not support USB 3.0. It is not recognized by the Windows 10 if it plugged in USB 3.0.
quality
features
handling
sound
0
0
Report

L
best choice Lianaut 07.04.2022
If you know what you need and you are used to the Focusrite, then it is a good product for you. It handles everything perfectly, works as described.
quality
features
handling
sound
1
0
Report