The presets that it comes loaded with are pretty naff, - they don't really do it justice - but they give you the idea. And after all, the whole point is to load it with your own stuff.

Just to answer a few criticisms and queries i've seen.
1. It feels pretty robust... I also recommend buying Thomann's case in the bundle along with the mounting bracket
2. The pads are generally fine for one off triggering - the thing that's probably really lacking is the ability to layer samples in a sophisticated way so they change in timbre as you hit them harder. So i generally use the pads on non-dynamic settings.
3. At first it does seem that the system volume is set too low - but there's an overall setting to boost this by up to 12db so you can deal with it that way. And in practice, when going through a PA then you just turn that up to suit.
4. If you're going to position it by your hi-hat as most drummers do, be prepared for it to get covered in wood chips from your sticks!
5. Yes, it's expensive... But there's nothing else out there like this so you just have to bite the bullet on that.

And it's proved a generally useful bit of kit to have around at rehearsal and in the studio - like storing tracks you might want to practice with, cutting up songs into loops and seeing what alternative arrangements sound like, recording rehearsals (plug in a mic), playing rough mixes at rehearsals for people to listen to, as a metronome...

All in all, very pleased with it and it's functionality beyond what I originally bought it for.
Helpful · Not helpful · Report
Report rating…

Send report
playability noise emission quality
Three units, same problem three times.
Mack the Stick., 27.05.2017
I have so far had three of these .
The first one i got worked perfectly except the top 3 bar triggers (in particular the top right one) where not always triggering the sounds the way the 6 standard square pads did. { the top right hand one worked maybe 3 out of 6 hits}

I sent it back and got a replacement....same problem....the three bar triggers had to be hit with some consideral force before they would trigger, and even then there would sometimes be no response.

I sent that one back and have now got a third unit....guess what....yep...same problem.

Its not the velocity or dynamics settings as i have already been down that route.
As i said, the other pads work perfectly, the weight of the stick enough to trigger them, but those bar triggers!!
It could be just a bad batch as a friend of mine has one and its fine. (the weight of the stick triggers all pads on his)

Having said all that it is a marvelous piece of gear if you get one that works properly...as for me....im returning for a refund.
Helpful · Not helpful · Report
Report rating…

Cons
Setting up the Sample pad as midi controller with Reaper and Abelton Live DAWs can't be done via USB, need a Midi to USB cable.

Conclusion
If you are building a hybrid kit or expanding an electronic kit this is a very powerful tool and worth the money.
Helpful · Not helpful · Report
Report rating…

Send report
Awesome piece of kit
06.01.2015
I use this mainly for triggering midi (through Ableton and Battery). It works great, reliable, solid build. Some people find the top pads unresponsive but they are designed to be hit from the top as opposed to from the front.

Great built in effects, looping facilities, software is really simple too (once you have the correct sample rate for your samples). Presets for external acoustic triggering are great, pretty much plug and play and then adjust sensitivity or whatever according to your playing style.

Great as a stand alone unit or as a midi trigger. Really adds to the scope of what you can do live (especially with Ableton)
Helpful · Not helpful · Report
Report rating…

$638
The shipping costs are calculated on the checkout page. 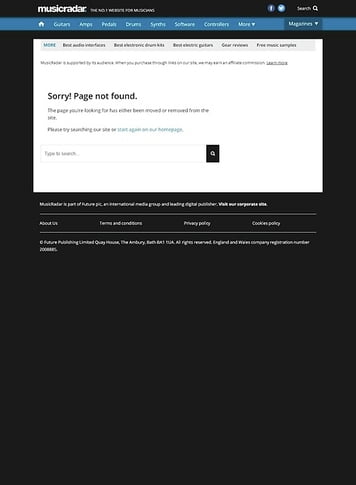 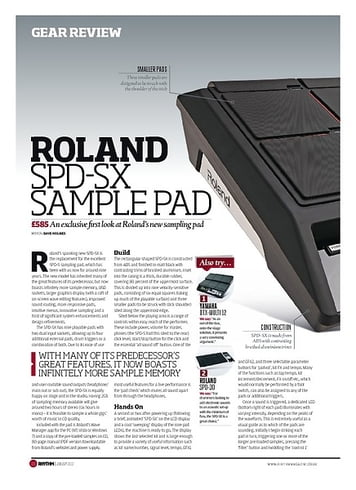 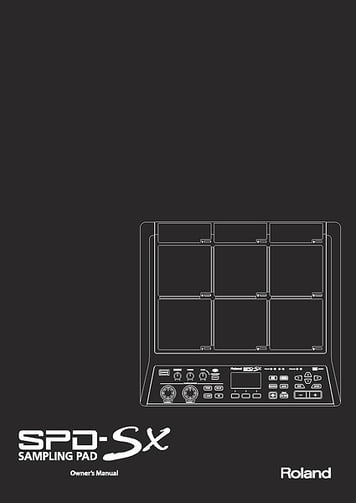 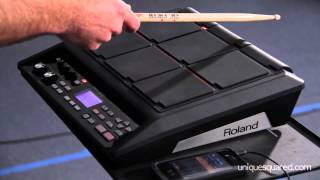 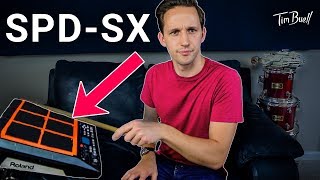 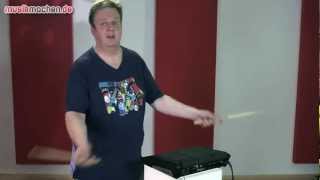