The synth is mainly used within a DAW/studio environment directly connected to a mixer/audio interface.

Build quality is of a high standard, with firm knobs, buttons and switches and a really nice front panel which feels robust. Mini keys are… mini keys, hate them or love them these keys are not bad. The screen is always a nice touch, values are shown depending on knob tweaks and of course it becomes an oscilloscope, which sometimes feels satisfying looking at it and sometimes it’s just helpful to “see” the sound. Presets are ok to get to know the synth and there are plenty of slots to make your own patches. The panel is pretty straight forward and all basic functions have a dedicated knob / switch.

The VCOs sound as they supposed to sound, but the digital oscillator adds really something to it. Some of the Korg oscillators sound really, really good plus user wavetables can be added. Still need to exploit more this part of the synth but there are lots of wavetables and effects available (both paid and free). The effects are ok, some of them are great sounding, some of them are just ok. All matter of taste. Again, the option to expand the engine with user effects is promising. Filter sounds nice but the overdrive is a bit limited (0, 50%, 100% overdrive values, nothing in between).

Modulations are also a bit limited but you can get decent results. Especially in accordance with the motion sequencer where you can add motion by recording motion movements. The sequencer is quite deep, intuitive and most of all fun to play with.

One setback, this synth is not able to properly communicate with a windows 7 pc. At least in my case Korg win7 drivers where not working properly, device not recognized no matter what, despite extensive troubleshooting. Fortunately XD works fine with a win10 pc. Just a note to those who use older Windows OS. There are some other issues for those who want to check, that hopefully can be overcome with a bit of help from the forums and YT. Speaking of pc connectivity, the librarian is quite useful to load and save patches, user wavetables and effects.

Despite this, the XD is a no-brainer synthesizer. Easy and fun to make patches, fair value, doesn't take too much space and most importantly great sounding, with the option to expand with more wavetables and effects.

Send report
handling features sound quality
My first synth: a review after 1 year of almost daily use
Master Output, 01.01.2021
Korg Minilogue XD is a 4 Voice hybrid polysynth with Unison, Chord and a powerful arpeggiator. There are 2 analogue oscillators with saw, triangle and square waveforms, and a digital oscillator with 3 modes called multi-engine. It was three modes of operation, noise, vpn (which are phase-modulated classic digital waveforms) and user, which can house up to 16 free, open source or commerical user oscillators. There is and ADSR amp envelope, and an AD envelope which can be routed to all pitches, only OSC2 pitch, or the filter cuttoff. Said filter is a digital low pass filter with resonance. The multi-engine can either be modulated by the EG or bypass it entirely. There is a single LFO with free-form, tempo and 1-shot modes, trig, square and saw waveforms which can be routed to waveshape, pitch or cutoff. The LFO can target either all oscilators, just the multi engine, or any combo of the analog oscillators. Finally, there is a decent digital filter stack with plenty of options for Reverb, Delay and other common effects such as Chorus and Ensemble. You can also add user effects just as you can add digital oscillators. Finally there is a single track 4 voice 16 step sequencer with 4 slots for motion sequencing: ANY parameter is mappable, including the multi-engine oscillator type or arp-uni-poly modes, which can open up the basic sequencer to some pretty powerful options, which could make some combinations make it seem more powerful than it actually appears on the surface.

The build quality is great, with a metal front panel, smooth yet stable knobs and clicky or springy levers. The side and back faux(?) wood finish looks and feels great. The keys are ok, coming fron a piano background i always feel a bit underwhelmed by synth keyboards but they are cenrtainly playable. The only gripe i have is that the knob on the mod-stick comes loose pretty easily, but you can just pop it back in no problem. The second issue is the tuning: it having an analogue component, it requires tuning, but the time alotted by the firmware for this process is NOT sufficient. That results in it sometimes sounding detuned, especially in the higher pitches. If you leave enough time for the components to reach their final operating temperature and tune again, then it stabilizes nicely, but that process is slow and may take up to 5 minutes until you have a reliably tuned instrument.

Using the synth as a sound design or performance instrument is easy, intuitive and fun. There are some functions buried in the menus, but there are never more than 2 levels of diving to reach anything. Plentiful shift functions and shortcuts do exist, so reading the manual would open you up to functions that are not immediately obvious, such as multiplying the LFO waveform by -1 (making the saw a ramp, or the triangle a dip for example) and many many other tricks, such as Dry/Wet control for the reverb depth.

Programming the synth is as easy as you might expect with two minor flaws: the MIDI implementation of the sequencer is a little weird and the gate times of the notes played by the sequencer are not transmitted properly but somehow only communicated as impulses, therefore using the onboard sequencer with a DAW either requires some MAX or MIDI wizardry. Personally, I tend to use the DAW sequencer when integrating it with a computer, so that's not really a problem for me.
The second problem is sadly insurmountable in some cases: while most of the times program change is instantaneous and you can switch from one sound to another in real time, switching between complex programs does take a bit of time and that has limited me somewhat.

The most important part though, other than the technical shortcomings is sound: and it is rich, creamy, wide and extensible. For an electrical engineer like me, the openness of the multi engine and the ability to hack custom effects and oscillators is a dream. There is also a healthy marketplace of both commercial and free or OSS options.

This instrument has opened me up to a whole new world of music. It is beginner friendly, as a was a total noob in the world of synthesis before it and the learning curve was definitely manageable. However, coming from a technical background which allows me to peer into how these devices are designed and what they do in terms of actual signal processing, there is a lot of potential in this device if you want to dive really deep.

Send report
handling features sound quality
This synth is just incredible.
JuKe808, 05.12.2020
Beeing a total hardware head but following the trends of using VST's its hard to surprise me in terms of sound nowadays, but this synth did.
I was hooked, inspired again and forgot about days/nights/mornings/evenings playing with it after unboxing. Great sound, fat, warm, easily fits into a mix, additional effects are exeptional, presets are massive, just tweak some and off you go.
Its my nowadays favorite synthesizer along with small, tiny Arturia microfreak. People, just forget about VST's for some time, get back to tactile feelings of creating music and not just clicking with your mouse on your screens. Vst's are like rubber woman or beer without alcohol:) Peace to all of you.
Helpful · Not helpful · Report
Report rating…

Send report
handling features sound quality
For it's price is a must
podsky, 25.11.2020
Definitely a very fun synth, that you can use without computer, have fun with it, with tons of useful presets to learn from and to use right away in your mixes.

2 analog oscillators + one digital, almost a knob-per-function, and possibility to program your own instruments for the digit. oscillator - and effects. One of the best all-rounder analog synths on the market.

Sound is also powerful and beautiful for its price range.

Would love a longer sequencer, but well - 16 is good enough.

Its a kind of Jack of All trades, master of most for any synth setup in my oppinon.
Helpful · Not helpful · Report
Report rating…

$599
The shipping costs are calculated on the checkout page. 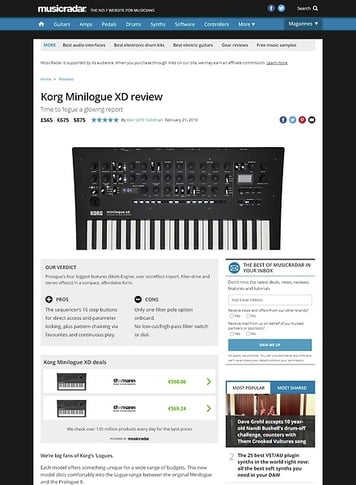 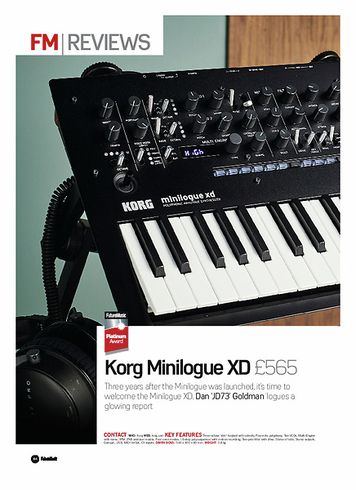 Synthesizers
There are a wealth of synthesisers available today, ranging from hardware keyboards to virtual software instruments.
Interesting Accessories 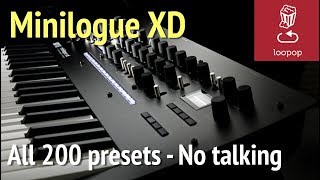 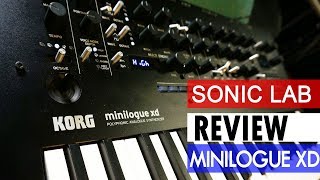 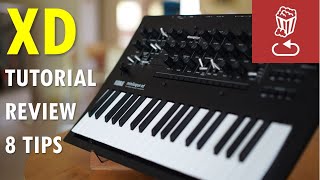 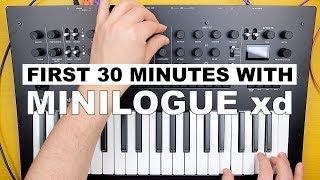 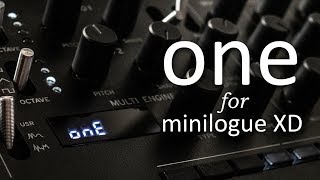