Seems to be reasonably well constructed and quite small for the amount of I/O compared to my last interface, the focusrite pro 40, it's quite small which is great for mobile recording. If I had to be critical I would have liked my power button on the front.

I've had the chance record a full band and I'm quite pleased with the sound especially for this price range. Overall it's quite a clean sounding interface but not harsh, sounds great on drums, guitars and vox. Does good job of capturing transients and has a nice rounded character.

Included software The included studio one Artist 4 has gave me a few errors (graphics related) and also corrupted projects. I've also got some cracks and pops on a reasonably high spec computer (gigabyte designare motherboard, 16gb ram, i5 9600k, 1tb NVME SSD) and had to move up to 256 samples latency but this is with alot of tracks 100 + as I was mixing 10/12 songs in one project at 20 percent CPU usage. So not sure if it's Studio one or the PC. Other than that I like the functionality (coming from logic) and generally it's getting the job done. Currently deciding whether to upgrade to pro version. I was a little disappointed that some of the included 3rd party plugin/software requires an ilok but sadly that seems to be the way the industry is moving.

This is a nice little Interface with alot of I/O expandability. I was able to hook up my old Interface (pro 40 flashed to standalone mode) as an 8 channel adat preamp bank for 16 channels.

Just a warning to anyone buying this, if you plan to run on older MacBook pros/apple machines with thunderbolt 2 make sure to buy the apple thunderbolt 3 to 2 adapter as other brands do not work both ways as I learnt trying to sync this up to my old 2013 retina MacBook Pro.
Helpful · Not helpful · Report
Report rating…

Send report
handling features sound quality
Fast audio interface
Yegor24, 26.01.2021
After searching for the fastest audio interface I ordered presonus quantum 2626. I am not disappointed! It works really well with my MacBook Pro 2015 (with bidirectional Apple thunderbolt adapter). If I practice my keyboard with Garritan CFX or Keyscape in standalone mode I can set buffer size to 32 samples with very rare glitches. It works well with Cubase (I use buffer size 128 samples). Recommend!
Helpful · Not helpful · Report
Report rating…

$569
The shipping costs are calculated on the checkout page. 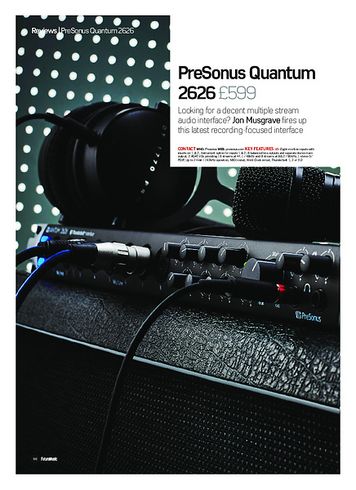 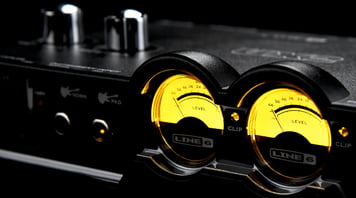 Audio Interfaces
There is a wide range of audio interfaces available, and in the end, choosing the right one comes down to your personal preference. 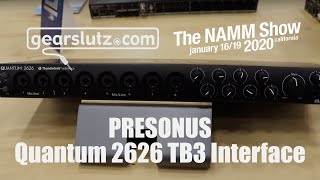 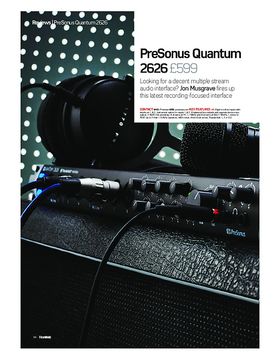 Show all
Audio Interfaces
There is a wide range of audio interfaces available, and in the end, choosing the right one comes down to your personal preference.
Show all
Home Recording
Home Recording can be very complicated. We're here to offer some advice!
Show all
Computer Based Studios
This article will look at how to integrate a computer into different studio environments, and will highlight the issues of functionality and connectivity. 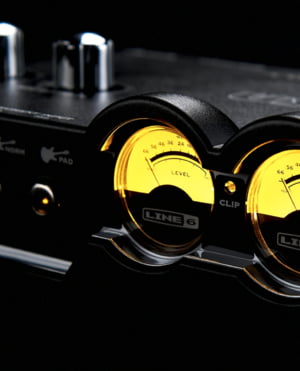