Here's its flaws for MY use:
1. The main volume pot got scratchy
2. it has less headroom than my DAC (SSL Alpha LInk) which means I cannot have the SSL at full output or the Drawmer will clip. I have to trim it down a few dB, which is annoying.
3. The headphone amps are way too loud for me. I don't think I've ever had them over 25%! I guess they are good to drive high impedance headphones, but it would be nice to be able to use them with my professional headphones without constant fear of hearing damage.
4. It has monitor output trims (while most monitors have analogue trims), I'd prefer to have seen INPUT trims instead, because convertors often don't have analogue output trims and trimming them digitally is obviously undesirable in a studio environment.
Helpful · Not helpful · Report
Report rating…

Send report
handling features sound quality
Went from zero to indispensable in a matter of days
Rob1369, 04.08.2014
In the quest to improve the quality of my mixing, I researched ways that I could get the most improvement from my system for the smallest cash outlay. After consulting a number of sources (books, community sites, etc), it became clear that calibrated monitoring was a notable absence and something I should look into.

There were a few contenders at this price point, but in the end the Drawmer won out on it's well-curated set of features. It's perhaps not the most glamorous piece of gear, but it's clear that each feature was included for real people in real studios.

In practice, the most useful feature on the unit is one you can't even see until you turn it over - trim controls which allow independent level control for each monitor attached to the unit. Though the process of calibrating is tedious (you'll want an SPL meter for this), the result was stunning - perfect imaging and a dead-center mono. The sound quality is also shockingly good - straight-wire with gain, no character whatsoever.

The other controls are just as useful, and a read through the manual gives you a hint just how much the folks at Drawmer built this for daily use - two notable examples being the ability to audition the 'difference' signal and a slightly tweaked 'L/R' channel cut to make this feature more useful when using headphones.

having used it for a week, I'd find it hard to ever go back, and doubt I'll need an upgrade for some time.
Helpful · Not helpful · Report
Report rating…

Send report
handling features sound quality
An unexpected game-changer!
01.02.2017
Having recently got rid of my mixing desk and gone for a slimmed down 'in the box' setup, I needed a decent monitor controller.

I did a lot of reading and asking and finally settled on the Drawmer MC2.1.

What a great decision! Built like a tank, very simple and intuitive clever features, including a one-button left/right reverse, but most importantly, a really spectacularly clear and uncoloured sound.

I have been working with a combination of Genelec 1032As and NS10M Studios for the last 12 years, and I can honestly say I have never heard them sound this good before.

The Drawmer offers a quality that I could not have dreamt of at the price point.

You'd need to spend 4 or 5 times the money to find anything remotely comparable.
Helpful · Not helpful · Report
Report rating…

Send report
handling features sound quality
Greatly Transparent monitor controller
RobbertQuint, 11.01.2019
Tried a "cheapish" passive monitor controller a while back but noticed severe phase distortion and even frequency shifts while attenuating. The Drawmer is completely transparent and works perfect at low and high monitoring levels.
Featureset is all I could ask for in a home studio (multiple in, multiple out, mono switch, phase invert).
The top enclosure is a bit tinny, but then again, that's not really an issue as you wouldn't touch it in normal operation.
Highly recommended.
Helpful · Not helpful · Report
Report rating…

$582
The shipping costs are calculated on the checkout page. 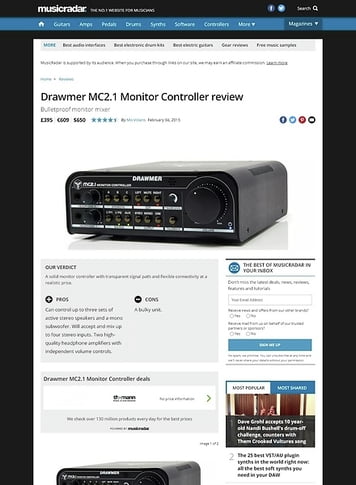 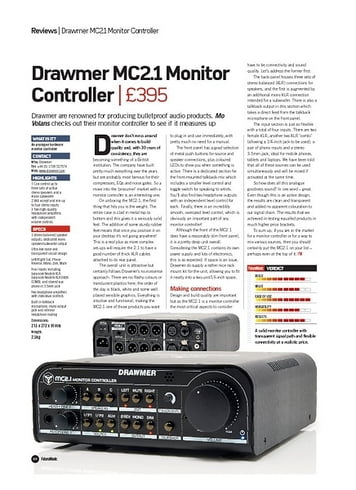 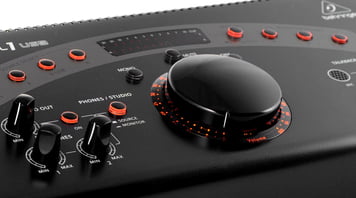 Monitor Controllers
The monitor controller is an elegant solution to a relatively new problem, and is invaluable in the project and commercial studio alike. 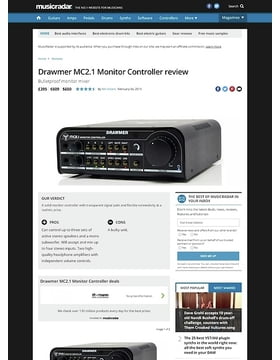 Show all
Monitor Controllers
The monitor controller is an elegant solution to a relatively new problem, and is invaluable in the project and commercial studio alike.
Show all
Monitor Speakers
In this guide well outline the basic principles of studio monitors, and take a closer look at their most common features. 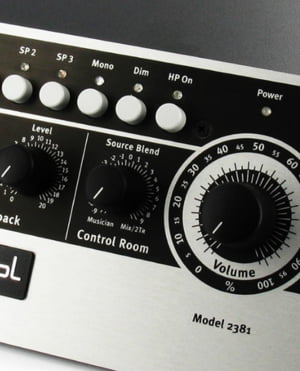 Roadworx Microphone Arm, microphone desk arm with cable management, cables with a diameter of up to 8mm can be attached to the underside of the arms with a clip system, aluminum construction, locking central hinge, 3/8 "thread connector with 5/8"...