Cookies without crumbs: vacuum cleaner salesmen hate this trick With our cookies we would like to offer you the cleanest shopping experience possible with everything that goes with it. This includes, for example, suitable offers and remembering preferences. If this is okay for you, simply click on "accept" that you agree to the use of cookies for preferences, statistics and marketing (show all). You can view and manage further details and options here. 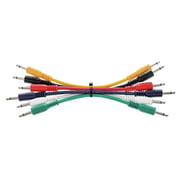 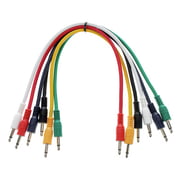 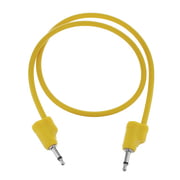 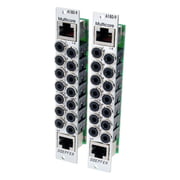 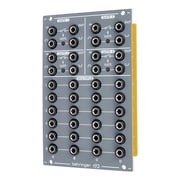 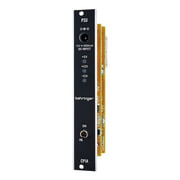 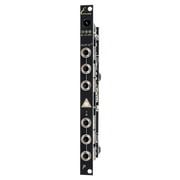 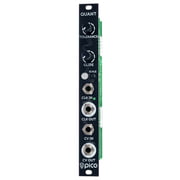 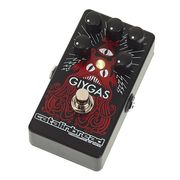 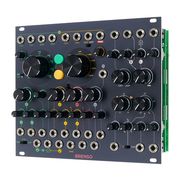 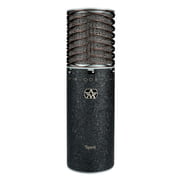 Aston Microphones Spirit Black Bundle
$444
€377.59
16 Customer Ratings:
4.8 /5
Doepfer A-156 Quantiser
Blair, 04.04.2014
· Assumed from Doepfer A-156
I have the Doepfer A-149 module which generates stored and quantised random voltages. This is great, but soon I found myself looking for a module which would take the output of the A-149 and restrict it to play notes from recognisable scales, such as major and minor ones. I also wanted to create arpeggios which included only notes from certain chords. Research showed that I needed to get a control voltage quantiser, which would select from the random collages only those values that would play notes from chords or scales I had selected.

I bought the A-156 Dual Quantiser after I had checked out much more expensive versions from other manufacturers. The A-156 does not have all the 'bells and whistles' of its more expensive competitors, such as programmable scales and memories. however these devices are at least twice as expensive as the A-156, and I was not looking for extra functionality. A key feature of the A-156 is that it is a dual quantiser - in effect two devices in one. However, the second quantiser defaults to generating semi-tone scales only. This can be changed by changing the position of a jumper on the main circuit board. After that, both quantisers offer the same features, such as notes from a chosen scale or arpeggio playing a certain chord.

The A-156 also includes trigger outputs, which will send a gate signal each time a new note value is generated. This is very useful for 'shaping' the sound, such as triggering a low pass gate to open each time a note is created by the A-156 and played by a VCO.

Are there any shortcomings? Not really. For the price this module performs incredibly well, and it easy to operate. My one suggestion is that the jumper that links or separates the two quantisers, should be replaced by a 2-way switch on the module's front panel.

Send report
handling features quality
Good but better Quanisers out there
TNiv, 12.07.2020
Very functional for the modes it has however there is a lack of flexibility with the scales and notes that it is possible to select which is slightly limiting. Inputs do no accept negative voltage. Other than that the usaul Doepfer quality!
Helpful · Not helpful · Report
Report rating…

Send report
handling features quality
Fun module
GARCON, 12.06.2020
I enjoyed this with a Turing Machine module. Not much to say. a decent module and did what I expected from it.
Helpful · Not helpful · Report
Report rating…

Send report
Excellent
Simon P, 29.07.2013
· Assumed from Doepfer A-156
I've been put off buying a quantiser for some time, I'm not really sure why, just one of those things.
I guess it's because I didn't really understand what it did fully. I mean, I know what a quantiser does in a drum machine or sequencer, but this is different in that not only can you get it to spit out cv notes in relation to a trigger you send it, but you can get it to only spit out cv notes that are in a certain key if that's what you want.
And it's so so easy to use that before you know it you'll be creating things on a modular you've never been able to do before without lots of added equipment and a shed load of modules.

A little tip: There's a tiny jumper on the reverse that when moved (see Doepfers website for details) it will make the controls of the bottom quantifier also control the top quantifier.

I really don't know what I was worried about by putting off buying this. It's a doddle to use and works brilliantly.
Helpful · Not helpful · Report
Report rating…

Passive Multi-Port Distributor 8x Interconnected jacks, Sockets are divided into 2x quadruple groups; but can also be modified to an eight-multiple (soldering bridge on the circuit board), Width:...

External Input / Envelope Follower Module A-119 is used to integrate external audio signals into the system A-100, and includes the components pre-amplifiers, envelope follower and a comparator....

Standard VCO for Modular System A-100Module A-110-1 (VCO) is a voltage controlled oscillator. The A-110-1 produces frequencies in a range of about 8 octaves, of which four waveforms are available... 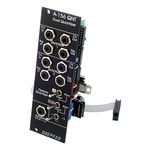 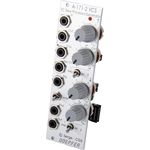 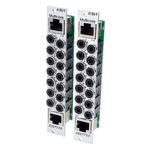 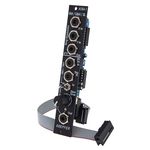 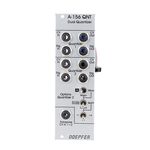 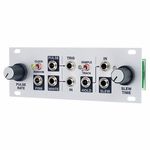 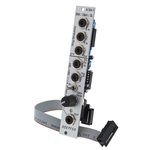 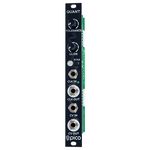 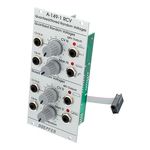 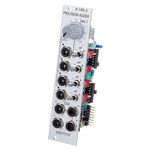 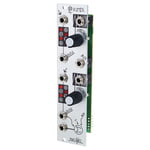 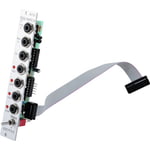 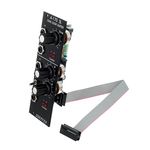 Doepfer
A-170 Vintage Edition
Compare
Offers include VAT and are valid as long as stocks last. We do not accept liability for typographical errors or inaccurate information of any kind. *RRP = manufacturer's / distributor's recommended retail price in Germany