Before getting mine, my set-up for rehearsals and gigs was a Little Mark 250W head with a lightweight GK cab (15 inch, 4 Ohm driver + tweeter). With master volume around 4-5, I could compete with our un-mic?d but loud drummer, keyboards through a vintage Leslie, two guitars through 40W Fender valve combos and a vocal PA. We play Faces, Stones, Black Crowes style rock. This set-up sounds great with my 70s style Jazz bass and is certainly portable, but I decided to make gig logistics even easier by retiring it to the rehearsal studio (it was getting a bit road worn) and getting a compact combo exclusively for live use.

I went for the Fender option partly out of brand loyalty and partly for the classic styling which suits the band better than more modern brands. My main worry was that the amp wouldn?t have sufficient headroom as it delivers 140W through its internal 8 Ohm speaker, the full 200W when hooked up to an external 8 Ohm cab. Fortunately, I needn?t have worried as it does a similar job volume and presence wise, and is perfectly adequate unassisted for small-medium sized venues when using PA mainly for vocals. When sending everything through a PA, you?ve got a line-out (post-EQ).

In terms of sound, I found the full clean rock tone I need from tweaking the EQ and don?t need to use the (perfectly serviceable) preset voicings. The amp is responsive to the guitar volumes and tone control; rolling back the bridge pickup produces the desired warmth from the neck for a more soulful sound, and although I don?t use it often, the bridge pickup on its own projects that characteristic nasal finger style Jazz sound with no further adjustment. I don?t usually engage the tweeter as I get sufficient sparkle for the occasional octave ?pop? from a bit of treble boost, but I would say that it?s not as ?in your face? harsh as others I?ve heard. I?m sure those who need versatility can find plenty of tones through the presets, the 4 band EQ, and enabling the tweeter or not. No opinion of the overdrive which I don?t do with bass, but it?s there if you need it. As a passing comment, It?s not a valve driven Bassman but my Strat sounds surprisingly good through the amp with a little of the onboard overdrive.

In terms of design it?s very light, well-built and well laid-out, but has no frills such as preset status lights. Mine arrived perfectly finished and the knobs, carrying handle and metal corners seem good quality. My only gripes are minor; the tolex style covering and speaker grill cloth feel a bit on the thin side and a padded cover would be a good idea if it?s going to be moved around with any frequency. Also watch out for the pointy bits of the Fender emblem which could catch and snap-off when handling if you?re not careful.

Apart from minor niggles this combo does what it should, sounds like it should, has a classic Fender vibe and is a good standalone option if you?re not regularly competing with giant guitar stacks. Physically, it?s big enough to look purposeful on stage and small enough to stash unseen in the back of most medium sized cars. I mainly wanted a one-box plug-in and play solution, but it?s reassuring that there are speaker and line out sockets as well as effect send and returns, a headphone out and a mini-jack in, so it actually covers everything from home practice through to more serious playing and gigging needs. As a final comment, I initially considered the smaller and cheaper Rumble 100 as well but I think I made the right choice ? that can probably manage in a rehearsal studio situation but wouldn?t have the same presence on stage for rock.
Helpful · Not helpful · Report
Report rating…

Send report
features sound quality handling
Lightweight, powerful, great sound with nice overdrive feature
20.03.2015
I use this mainly as a practice amp (but at 200 watts it will definitely work for gigging at small venues). Before buying this I tried smaller rated amps for practice, but never felt happy with the distortion at even relatively low volumes. I was torn between the Rumble 100 and the 200, but eventually plumped for the 200 (which was quite a bit more expensive) on the basis that it would cater for all my needs without gasping for breath.

The build quality is excellent and it is surprisingly light - easy to carry up and down stairs and get into a car.

The 200 has the benefit of being able to be connected to external speakers (should you need that in a gigging environment) whereas you can't do that with the 100.

I particularly like the overdrive on the rumble - it gives a controlled distortion (not like actually overdriving a practice amp, where it just sounds wheezy) that really fills out the sound - great for all the Lemmy wannabees.

Bottom libne is this is a great amp for the money.
Helpful · Not helpful · Report
Report rating…

Send report
features sound quality handling
Light but Loud
Douggie, 30.04.2015
Recently purchased the rumble 200 watt amp and was absolutely blown away by the combo's features. For years I've kept my technique and playing up during quiet gig times through hooking up a stereo and playing to tracks. With this combo i am able to do it all in one. For the families sake i can also plug in the headphones and do it very quietly.

This has been the perfect practice amp for me but it definitely has the back bone to fire up for a gig if needed. Best of all it is one of the lightest 200 watt combos i have ever come across. Value for money just doesn't do this item justice.

If your looking for a great combo at a great price GET ON THIS!!!
Helpful · Not helpful · Report
Report rating…

Send report
features sound quality handling
Solid amp
02.10.2015
It surprises people how heavy this sounds but how light it is
Use it for recording and gigging, it takes a lot of abuse from pedals, volume and live antics and it never lets me down.
Awesome when plugged into an 8x10
Helpful · Not helpful · Report
Report rating…

$569
The shipping costs are calculated on the checkout page. 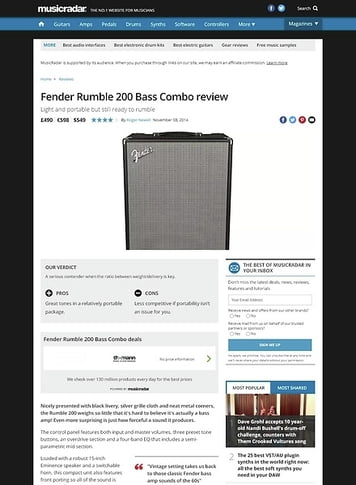 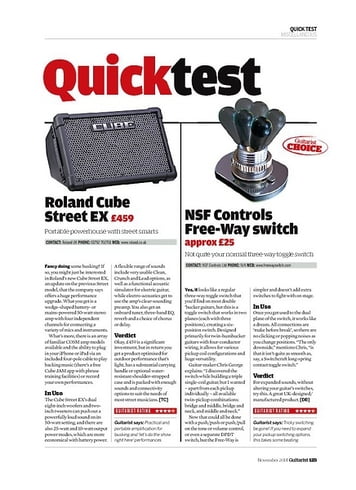 Bass Amps
Everything could be so easy, since all you want is to amp up your bass, right? This guide will provide you with an overview of what's available in the bass amp world!
Interesting Accessories

Show all
3 Bass Amps. 3 Price Points. Which One is Right For You? | Fender
Fender 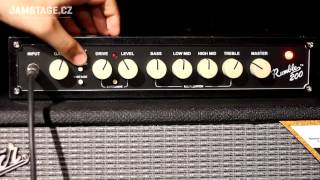 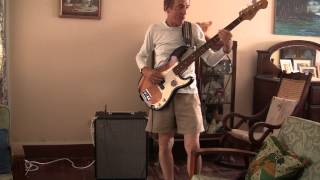 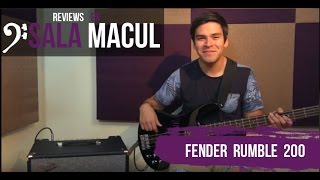 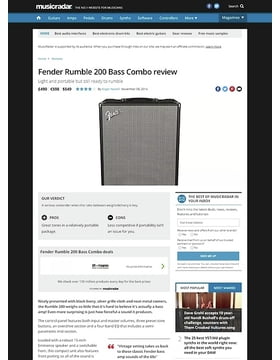 Show all
Bass Amps
Everything could be so easy, since all you want is to amp up your bass, right? This guide will provide you with an overview of what's available in the bass amp world!

Roadworx Microphone Arm, microphone desk arm with cable management, cables with a diameter of up to 8mm can be attached to the underside of the arms with a clip system, aluminum construction, locking central hinge, 3/8 "thread connector with 5/8"...