The Japanese company Maxon has been going a long time, despite it never really being known to us. Meanwhile, word got out that the legendary Tubescreamer TS808 has long been manufactured by Maxon, and Maxon is now bringing virtually all of its old treasures back onto the market. Naturally that includes the "mother of all overdrives", the Maxon OD-808.

Similar in design to the earlier, manufactured overseas TS808, it also retains the legendary JRC 4558 D chip. Compared to the later TS-9, it sounds a bit softer and clearer - the "mid-knock" of the later Tubescreamer is less pronounced. For many, it is simply "the" Overdrive.

Try out the effects live
Test the actual effects in real time with our exclusive technology.
Start Stompenberg

This is a great sounding low- to medium- gain overdrive with a usable range of sounds accessible via the tone knob. This is obvious, I think, from the myriad reviews available on this site and online. The pedal is useful in a variety of situations, from jazz and blues to extreme metal.

The build quality is impeccable. The pedal has a nice weight to it, and I predict it will still be working perfectly long after I'm gone!

However, as much as I enjoy the drive the Maxon OD-808 delivers, my favourite feature of this pedal is the way in which it compresses the low end of guitar signals. This makes this overdrive my first go-to for anything heavy rock or metal. When I'm recording bands in these genres, I ALWAYS throw this pedal in the mix to tighten up the guitar tones, as well as to drive amps as well as the best ODs I've tried in the past.

To point out a niggle I had when I first received this pedal: initially, the bypass switch caused a brief but noticeable silence before the effect kicked on. I thought I had received a dud at first, but after a week of use this sorted itself out and the pedal worked a charm!

This has become an important element in my work since I got it. I heartily recommend this pedal to everyone with a jack lead.
Helpful · Not helpful · Report
Report rating…

Send report
features sound quality handling
Classic tube screamer
Morgains, 04.04.2021
Fantastic classic tube screamer circuit in a well built platform. I have owned this pedal for many years and it has treated me extremly well, it has been my primary boost for this period of time and I have used this primarily into my 6505+ head and engl e530 preamp which works fantastic for classic and early 2000's metal. I wouldn't recommend this for modern metal as much however, cranking the tone control up to 3oclock will definitely get into the modern metal realm, however, doing so, provides a noticeable amount of added saturation and a loss of detail and clarity from the amp as a result, which is even more obvious when using anything that is solid state, rather than tube. In this scenario, there are other pedals that do a better job for this application such as any based on the TC integrated preamp circuit which is more of a genuine "clean boost"
Helpful · Not helpful · Report
Report rating…

Send report
features sound quality handling
Maxon OD808 Overdrive - THE OVERDRIVE
NiandraLaDes, 12.05.2014
Let's face it: there are like one million clones out there of the famous Ibanez Tube Screamer. Made by Maxon in the 80s and now really rare and expensive. But can the OD808 as good as his old companion from the 80s? Let's check this out!

First of all, this pedal is build like a tank. And it looks pretty cool. I needed something to kick my Marshalls butts and this little baby does it pretty sweet.

Three controls - Drive, Tone and Balance - control the amount of gain, the highs and the level of the effect. It doesn't feature a true bypass switching (check out the Maxon OD-9 if you need one) but I personally think this whole TB discussion is way overrated. A buffer at the beginning of your chain is a great way to keep your signal fresh and full of highs.

Like I said before, the OD808 was bought to bring these chunky metal tones out of my DSL Marshalls. I tested it in front of my home amp (Marshall DSL 401) and on stage (Marshall DSL 100) - damn the OD808 rocks! The knobs control do something on every millimeter of their range - didn't have a TS clone like that under my feet before! I turn the Drive down to minimum, Tone around 3 o'clock and Balance nearly at maximum: that's exactly what I searched!

A nice chunky boost who cuts the bad, bad bass frequencies and turns my Gibson SGs into real metal machines! Of course you can have some nice texas blues sounds with drive turned up in front of a clean amp but I prefer the nice mid-boost and cut through the mix. Also on stage - what a sound!

If you play metal (it doesn't matter what genre) - don't waste time to find the perfect Tube Screamer - here is it: the Maxon OD808 Overdrive.
Helpful · Not helpful · Report
Report rating…

Send report
features sound quality handling
Take the time to figure out how to use it
WannabeGuitarGod, 23.02.2021
This pedal is so popular and ubiquitous that I thought you could just plug into the front of the amp and achieve instant tonal nirvana. Not so. It takes time to get to know, and rewards experimentation. Once you find the best place and settings for it in your set-up and style of music it's very useful. Depending on your amp and existing pedal board, it might not even be an "always on" but a great boost to kick in for solos or harmonies.
Helpful · Not helpful · Report
Report rating…

$122
The shipping costs are calculated on the checkout page. 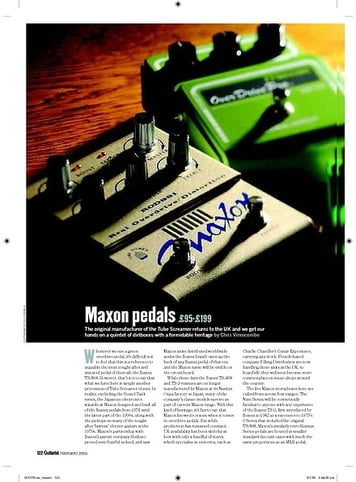 Distortion Effect Pedals
A classic Ibanez Tubescreamer or Colorsound Tonebender can fetch many times its original price from guitarists in search of the ultimate killer tone and sustain.
Interesting Accessories 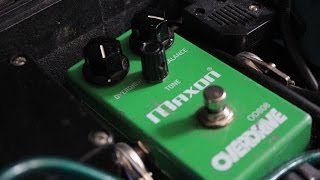 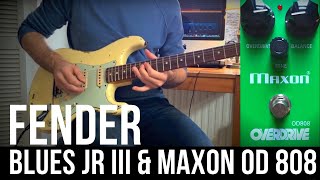 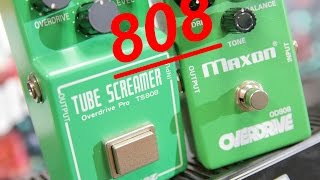 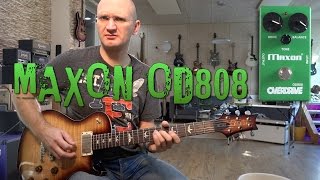 Show all
Maxon OD-808 - How does it sound?
Audi­ofan­zine in Eng­lish