Served with love! With our cookies we would like to offer you the cleanest shopping experience possible with everything that goes with it. This includes, for example, suitable offers and remembering preferences. If this is okay for you, simply click on "Accept" that you agree to the use of cookies for preferences, statistics and marketing (show all).
Manage cookie settings

The static mode works as advertised, but it feels weird and a bit unnatural. The panning is quite brutal, and the effect is much more pronounced than it would be when you turn your head around with an amp in the room. The stage setting is gimmicky at best, and I don't find it more immersive than the standard mode. the ambiant reverb settings can be very annoying as well, but thankfully it can tuned down. These are fun gimmicks, but not a major selling point. I would have bought a cheaper version without these features any day, and I think a lot of people would agree that this isn't the main selling point.

The main issue is the bug in the app for iOS. it doesn't respect the safe areas, so if you have an iPhone with a notch, the app is unusable. Once you enter the effect setting screen, you can go back to the main screen. It works on iPad and iphone 7 / SE though.

I also wish there'd be a way to toggle effects on & off from the headphones, but the only option is to change patches. It's workable this way, but since there are only 6 slots for patches on the headphones, it's more limiting. This would truly make the headphones perfectly usable without the app, but for now I still feel like I need a phone or tablet to use it. Which you'd probably have if you want to play backing tracks, but this forces you to juggle between the music app and the boss waza-air app. The split knobs for effects is inherited from the katana interface, but on a digital app it feels weird. it might stem from a limitation on the DSP, but it would have worked better to have separate knobs & toggles for booster / mod, delay / fx and reverb. It would also be nice to be able to toggle an effect off by clicking the color switcher instead of having to dial down the knob.

For those who complain the connexion isn't working well for bluetooth audio, it's pretty well explained both in the manual and on the web. There are 2 bluetooth devices in one:
WAZA AIR MIDI: this one is used to connect to the app and control the amp / effects settings on the headphones via midi
WAZA AIR AUDIO: this is used to pair the headphones as a bluetooth media receiver to stream audio from the device.

When you pair the MIDI one on the app, it doesn't automatically pair the AUDIO one on the device to use in your music app. For this - as the manual says - you need to hold the BT button on the headphones to enter pairing mode, then go to your device's bluetooth settings and pair the WAZA AIR AUDIO. Once this is done you can control the headphones with the app & stream music at the same time, which is one thing that doesn't always work well with this type of product (on the yamaha THR for instance, you can't sync settings on the app while streaming audio & vice versa)

A cool product, although it could deserve a little love in terms of UX, especially in the app which has this very critical bug that still hasn't been resolved since the last app update 3 months ago.

Edit: I updated my rating to 5 stars. The tones are amazing, it's really comfortable, and I even sold my yamaha THR 10IIW
this is simply awesome and highly recommended !
Helpful · Not helpful · Report
Report rating…

Send report
sound comfort quality
Great for bedroom guitarists
jmcorreia, 05.07.2021
I was looking for a solution for bedroom playing, particularly at night, and these are really good for that. I ended up buying a Strymon Iridium and now only use these with the flat response but I still enjoy them a lot. Not having another cable getting in the way is very convenient. However, for hefty price, there are a few issues that are hard to understand. The 3D space thing is amazing but only for a few seconds because the amp starts to slowly drift around. This really ruins the experience for me so I keep mine in surround all the time. Also, no stereo is unforgivable in this price range.
Helpful · Not helpful · Report
Report rating…

Send report
sound comfort quality
The only amp you need at home
Zimar, 25.09.2020
The convenience of these headphones are unparalleled to any amp or computer in my opinion, it simply cuts away all annoying middle hands. You can just plug and play and get inspired to keep going for hours.

With that said, I think the 3-D feature of the headphones is something of a gimmick that was fun for the first day or two. Have not used those features since. But just playing for yourself or playing along tracks is awesome. Another good feature is that you can control the volume of your guitar and the volume of the bluetooth connection separately, which is very important. Also, the sound is good enough to keep you playing for hours. Moreover, if you're not very good at dialling in the tones you like with the app, then try pluggin in a pedal. I found the headphones takes pedals surprisingly well. Especially my VH4 pedal sounds like an absolute beast through these things. Would recommend it to all home-players.
Helpful · Not helpful · Report
Report rating…

Send report
sound comfort quality
Idzi, 16.10.2020
Very good hp's for ppl who don't want to be troublesome for others e.g. neighbours. Pretty comfortable, good sound quality, good sound isolation. The things I am missing are a propper case for the hp's and also the app could be improved in the future. Looks great on telephone however on tablets could be a bit better. Personally I use them a lot for in flat practice mostly in surround mode at any time of day and night. The battery life is good. Also very useful tool for going to a music shop with your own sound to try out new guitars. Highly recomended.
Helpful · Not helpful · Report
Report rating…

$355
The shipping costs are calculated on the checkout page. 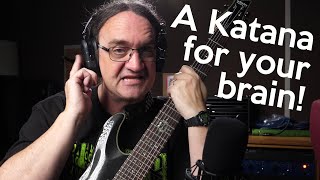 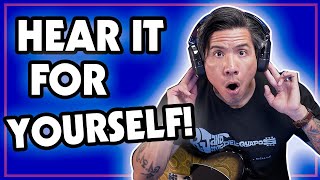 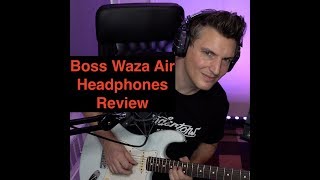